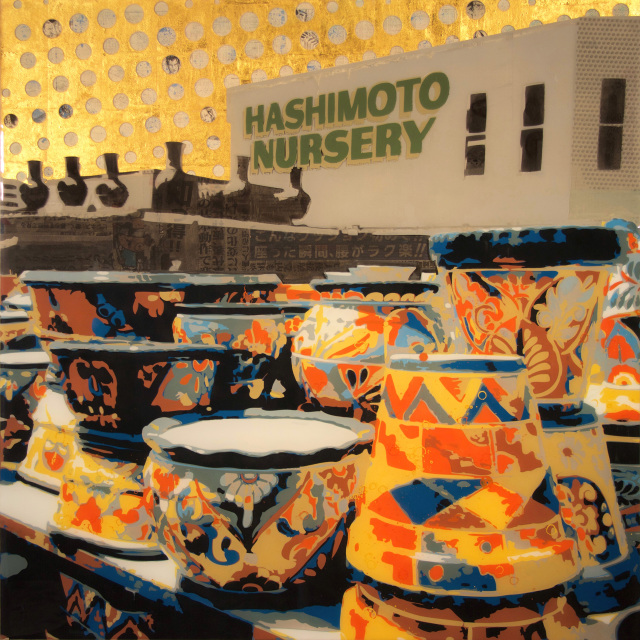 Hashimoto Nursery, located in the West L.A. neighborhood known as Little Osaka, was started by four brothers in the 1920s. At the time, the area was a thriving Japanese community.

During World War II, half of the Hashimoto brothers were held at the Manzanar Internment Camp. Upon their release, they re-opened the nursery and have been in business since then.

The juxtaposition of the stark Hashimoto building with the exuberantly colored Mexican planters is intended to contrast the dark moment in American history in which Japanese-Americans were interned with the natural beauty of their horticultural pursuits. Additionally, the planters acknowledge Mexican immigrants' longstanding relationship with these Japanese-American businesses.